I've been thinking about this for some time now (actually, for longer than I care to admit - *sigh* how I've neglected this blog this past year), but I felt that this post needed to be crafted very carefully. My words needed precision. I couldn't just come out with it. But honestly, it needs to be said.

I am sooooooooo freaking tired of this "more alike" thing. Not only tired of it, but when I really think about how the message "we are more alike than different" frames and positions people with Down syndrome, my son, anybody with an intellectual disability, it makes me angry. And sad.

But honestly? I do it all the time. I'm constantly managing those perceptions. I tell the same story (maybe not with those exact words, but with the same intended meaning). Because systems are set up in a way that I have to, and I have to help other families do the same to ensure our children are included fairly in a public education. And, well, let's face it... most of us do it every day to "show the world" how great our kids are. Correction: the real reason we feel compelled to do it is convince the world our children, loved ones, friends with an intellectual disability have intrinsic worth as a human being.

That's what this boils down to. A way to convince the general public (and teachers, and community sports organizations, etc.) that people with disabilities are just like us so we should give them a chance. Include them. Value them. And, of course, in many regards the message is true. Our children are similar in many regards, and we want people to recognize that. But that has become the primary tool in our advocacy box. That's how we raise awareness and advocate for our loved ones. It's how we tell parents facing a new diagnosis that everything is going to be ok. It's the face of Down syndrome to the world.

But the very act of pushing Sheridan as more like his peers than he is different from them sets up an inherent juxtaposition to his differentness. Sure, we all celebrate diversity. And at the same time, very few segments of our population are still marginalized for who they are - are forced to prove their worthiness of existence. People with Down syndrome and other cognitive disabilities are one of them. Because people with cognitive impairments are often viewed as less human. Intellectual ability is one of the things most valued in people - I know, because I've had to face my own biases around that.

Focusing on the "more alike" message forces our children to measure up. Measure up to the mythical normal. Measure up to non-evidence-based state standards for education. Measure up to people's acceptable parameters for what it means to be human. Measure up to a whole host of other things that in the end don't matter.

Sheridan is just... different. And I am angry and sad and sometimes feel truly helpless as a mother and advocate thinking about the void that exists in terms of acceptance of his differentness. How his very existence is questioned. "You know, there's a test for that" a (former) friend once told me when she learned Sheridan has Down syndrome. We have plenty of messages in our lives celebrating diversity with regard to race, ethnicity, sexual orientation... but the real issues around how people with intellectual disabilities are (not) valued are captured with a sickening "but wait - we're like you!"

Let me say it again: Sheridan is JUST DIFFERENT. But not intrinsically less than.

And I will continue to send the message about his similarities, because he's that, too. And because our current paradigm requires that I make people see that he's more alike. 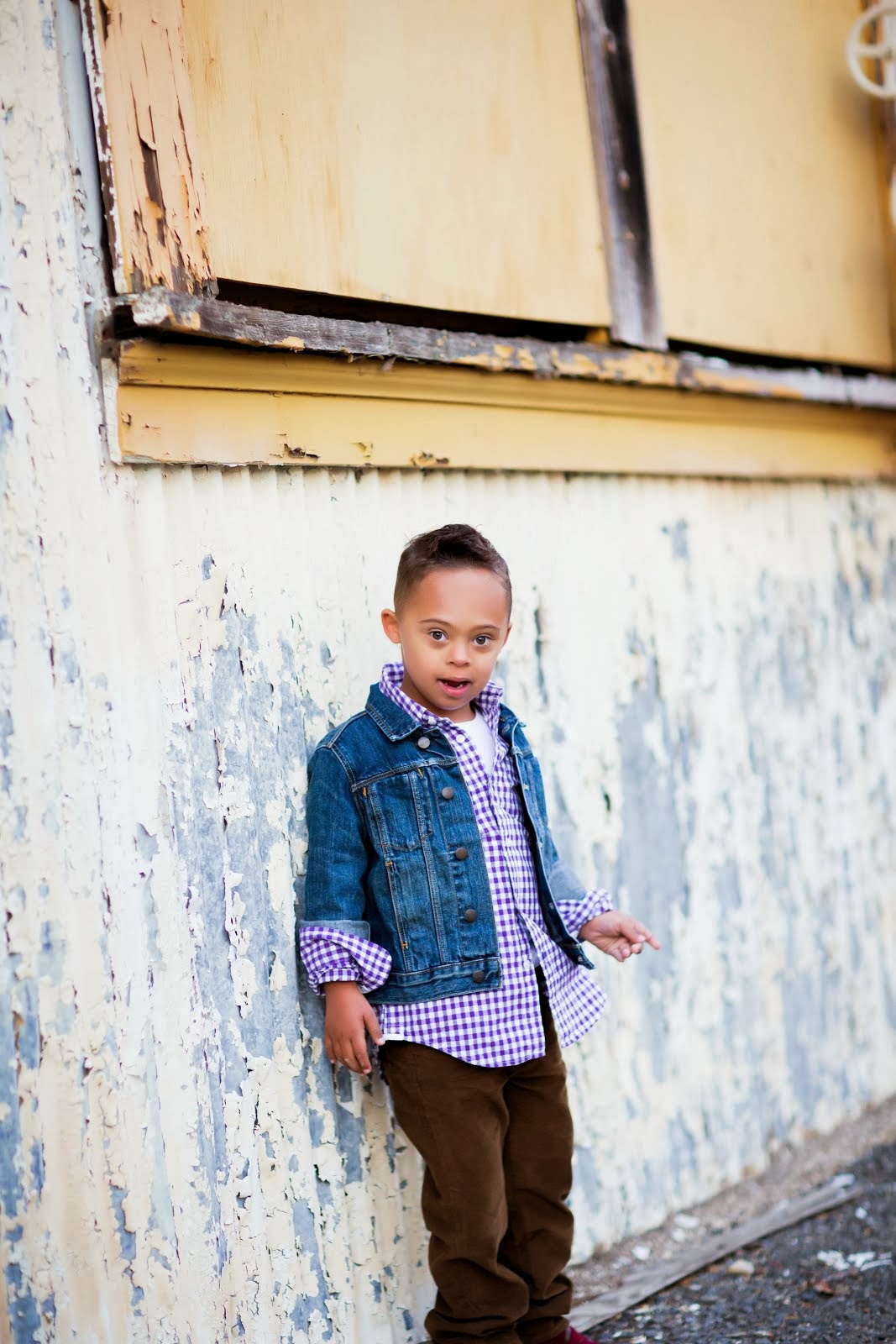 Lisa
Sacramento, CA, United States
I write about our life with Sheridan - our perfect, genetically-enhanced little boy with Down syndrome who teaches us every day that life is full of rare, imperfect beauties. All Images and Content © 2009 - 2012 Genetically Enhanced.